By all accounts, the U.S. economy has improved, and job creation under the Obama administration had risen. While we don’t know yet what the verdict will be under the Trump administration, we are keeping a watch.  On the other hand, even though job creation has improved, new business creation is at its lowest level in 40 years, with one exception, among African-American entrepreneurs, it has improved. Per the U.S. Census data released in this past September, only 452,835 firms were born in 2014, indicating a sharp drop from the 500,000 to 600,000 new companies that were started in the U.S. every year from the late 1970s to the mid- 2000s.

However, while many areas of the economy are doing very well, entrepreneurship seems to be in trouble, and it matters. Entrepreneurship has been the bedrock of the U.S.’s gigantic economy and the main job creator for centuries. Effects of the decline have definitely been felt by the economy considering small businesses alone across the United States create half the jobs in the private sector.

But there is an exception.  Minority entrepreneurs haven’t been declining but rising as seen by the African-American job creation curve in particular, which keeps on going up. Since 1996, according to the 2015 Kauffman Foundation Index on startups, the verdict is that while 23 percent of business owners in 1996 were Latino, blacks, and Asians, the percentage stands at 40 percent today.  The 2015 Global Entrepreneurship Monitor by Babson College concluded that black entrepreneurs rate of business creation is higher than that of white entrepreneurs as well as other minorities. The drive for African-Americans to start a business has been said to be based on necessity; most of them didn’t attain high education levels in general that diminishes their work opportunities. The unemployment rate among black people is also high and two times that of the white population, which is also another perceived drive to create more sustaining businesses. 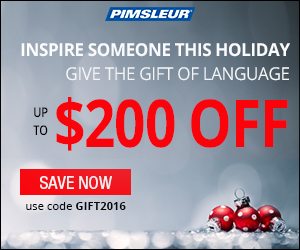 Nonetheless, the entrepreneurship in the black population has been found to be short-lived in contrast with whites and other minorities. This challenge is arguably due to less financial access to remaining in business and operating in surroundings unfavorable to the survival of their business.

Some top African-American startups making it big are:

Other African-American startups on the up include: