Whether they’re changing the way we invest, making cooking or healthy eating easier and more accessible, or proving that tech startups no longer need to be anywhere near Silicon Valley to succeed, entrepreneurs under 30 are leading the way with innovative business startups.

Each month RPRNmag will delve into some of the world’s hottest business startups run by people under 30. Our first article in this monthly series looks at simple ideas that have blossomed into multi-million dollar enterprises – and they’re all headed up by savvy millennials. In our effort to continue to highlight business founded by women and minorities, this piece features four startups co-founded by women under the age of 30, but all those entrepreneurs have that infectious spirit that is necessary to succeed.

Nomiku is a startup based in San Francisco and founded by husband and wife team, Lisa and Abe Fetterman with friend Wipop Bam Suppipat. Nomiku allows home cooks to create sous-vide meals just like a professional. The couple began making powerful immersion circulator sous-vide cookers for their friends at first but quickly expanded to include a DIY kit that was initially sold in maker spaces.

29-year-old co-founder, Lisa Q. Fetterman and her husband Abe raised funds through a successful Kickstarter campaign in 2012 to start production of the cooking device. Lisa also made an appearance on Shark Tank, gaining the backing of Chris Sacca to further raise the fledgling company’s profile. Sacca pledged $250,000 in exchange for 10% of the company.

Fetterman says, “In the beginning, it was just us and our friends. Then it moved to professionals and food fanatics. Now it’s anyone who knows how to put food in a bag.”

Since its inception, the Nomiku device has become a Wi-Fi-enabled appliance that is being sold to home cooks and restaurants in stores and online marketplaces all around the world.

By Chloe, a startup based in New York was founded by co-founders Chloe Coscarelli and Samantha Wasser.  When Coscarelli and Wasser had an idea to begin a fast-casual vegan restaurant less than three years ago, they hoped the concept would take off. Now the $30 million brand boasts a string of vegan restaurants across New York City, Los Angeles, and Boston, with plans to open more in future.

Coscarelli is a chef who gained some recognition for her vegan-based recipes after she won Food Network’s Cupcake Wars and wrote a vegan cookbook. In 2014, Coscarelli teamed up with Samantha Wasser, the creative director at ESquared Hospitality.

By 2015 the vegan restaurant concept was launched, complete with a range of Coscarelli’s mouth-watering recipes, and expanded rapidly across several cities. The company generated a reported $10 million in revenue throughout 2016, but success came with a side of drama for this startup.

The partnership behind By Chloe was on shaky ground, with Coscarelli filing a lawsuit against Wasser and her father Jimmy Haber, alleging that Haber had threatened Coscarelli for refusing to amend the ownership agreement and give over control over any future By Chloe restaurants.  The lawsuit further alleged that Coscarelli was being forced out of her own company.

Despite the ongoing drama between partners, By Chloe is still expanding and there are no plans to slow down growth anytime soon.

Canva, a tech startup with headquarters in Sydney, Australia was co-founded by Melanie Perkins and Cliff Obrecht. When CEO Melanie Perkins was just 19 and studying at the University of Western Australia for her communications degree, she grew frustrated with the length of time it took to complete simple graphic design tasks.  Her frustration planted the seed for an idea to create an easy-to-use online graphic design tool named Canva that would allow users to create visual content more easily.

From humble beginnings working out of her mother’s living room, Perkins co-founded, developed and led Canva through one of the most impressive growth trajectories Australia’s startup sector has seen to date. In the early stages of her design startup, Perkins pitched her idea to more than 100 investors, eventually securing the funding she needed to launch her idea.

“Rejection hurts, a lot, but failure was never an option,” Perkins said in an AMA session run by Blackbird Ventures . “Being rejected (a lot) in our initial stages just meant that I had to try harder and refine my strategy.”

Her persistence and determination paid off, with U.S. investors finally agreeing to allow Canva to remain headquartered in Sydney. Canva is now a large, successful tech company with more than 10 million users around the world, but the founders are determined to retain the same startup culture they had in the beginning. They must be doing something right, as Canva has been voted ‘Australia’s coolest tech company’, according to Job Advisor in 2016. 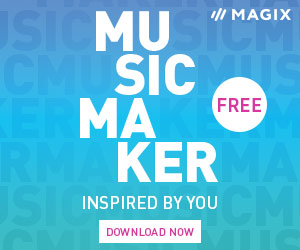 Robinhood Markets Inc. is a tech startup headquartered in Palo Alto, California and was co-founded by friends Vladimir Tenev and Baiju Bhatt.  CEO Vladimir Tenev is proud to tell people that he was just 12 the first time he invested in the stock market. His hunch for investing in Palm, the maker of the PalmPilot, earned him $1,000.

Tenev’s enthusiasm for the stock market and understanding of mobile tech led him to develop Robinhood, co-founded with Baiju Bhatt. Robinhood is a stock trading app that allows investors to trade from a smartphone at a fraction of the cost of trading on traditional trading platforms.

Tenev is the son of two World Bank staffers and dropped out of UCLA’s math Ph.D. program in order to focus on building a high-tech trading app that focused on technology and low pricing in an effort to undercut existing brokerage fees.

“If you’re someone who wants to invest a hundred bucks in trying [stock trading] out for the first time, it [used to be] cost prohibitive,” Tenev said in an interview.

It’s estimated that there are approximately 2 million users using the app to invest in stocks and more than $2 billion in trades have already been executed using the Robinhood platform with no brokerage commissions paid. Instead, active traders can choose to upgrade the app to Robinhood Gold to access premium trading features for a $10 per month subscription fee. The company also provides margin lending services that allow traders to leverage their stocks, and cash management services.

It’s estimated that Robinhood raised around $176 million over four rounds of funding from various Silicon Valley venture capital companies to get it off the ground. However, the company is now valued at around $1.3 billion.

Sustain Natural is an innovative startup based out of New York that was co-founded by father and daughter team, Jeffrey and Meika Hollender. 29-year-old CEO Meika Hollender has always been comfortable and confident discussing the topic of sexual health with her parents, believing that talking about it increases the likelihood of remaining healthier and safer.

Yet she also understood that not everyone had the same liberty she enjoyed. The result led to an idea to replace traditional condoms with healthier alternatives to further improve sexual health.

In 2014 she became the co-founder of Sustain condoms along with her parents, who were co-founders of the sustainable household product company, Seventh Generation.

Hollender is passionate about women’s health. There are more than 20 million women in the U.S. who lack access to reproductive healthcare, so Sustain Natural donates 10% of the company’s profits to help fund various women’s health organizations

While the idea behind Sustain Natural was all about sexual health, Hollender faced plenty of challenges getting her company off the ground. “The taboos around sex were a big obstacle,” she admits.

In the three years since launching the Sustain Natural brand, Hollender had expanded her sustainable range of sexual health products to include body oils, lubricants, body wash, and a variety of other feminine hygiene products. By the end of 2016, the startup reported $1.2 million in sales.