Despite business and startup creation being at an all-time low, African-American entrepreneurs and minority startups are on the upward. The world is now witnessing a stronger push from iconic figures in the African-American community to keep this trend growing.

Just announced this week, legendary rap artist and business mogul, Shawn “Jay-Z” Carter, is now expanding his outreach to the startup community. His entertainment company, Roc Nation, has recently announced the launch of ARRIVE which will assist early stage startups in branding and business development, along with oversight and resources for funding.  ARRIVE was born through the partnership between Roc Nation and two well-known venture organizations: Primary Venture Partners and GlassBridge Asset Management. Ben Sun, co-founder of Primary, commented on the recent collaboration saying, “What Roc Nation has built so far is a true testament to their vision, capabilities, and willingness to dig in and take their companies to the next level. We are thrilled to partner with the amazing team at ARRIVE and to leverage these unique resources to build the next generation of powerful brands.”

Jay-Z and his team have continually invested in early stage organizations that hold promise. He was one of the first to invest in UBER’s Series B funding back in 2011, and the ride-sharing provider has now grown to a value of over $60 billion. They also took a liking towards the luxury sock company, Stance, by investing in their Series A funding nearly six years ago and since then, the startup has seen favorable returns. Most importantly, the infamous “R-O-C” hopes to coordinate more of an effort to support social causes and community-driven startups.

From the basketball arenas to the innovative scene of Silicon Valley, the 2015 Golden State Warriors MVP, Andre Iguodala, has been building a bridge between his fellow players and tech executives. In October of 2016, he organized a formal mixer at San Francisco’s City Hall to brainstorm and potentially join forces with business leaders and some of the Valley’s most influential venture capitalists. One of Golden State’s most recognized point guards, Stephen Curry, commented at the event saying, “We just got off a crazy road trip; we have a game tomorrow. But we understand the value of being in front of a lot of powerful people.” Indeed, one cannot overlook the advantages of being placed in such an opportunistic environment and Iguodala is capitalizing on similar initiatives adopted by superstar athletes of the past. For instance, former San Francisco 49er Quarterback, Steve Young, is a Silicon Valley VC and Kobe Bryant recently invested $100 million into a venture fund focused on media technology. However, no one has invested as much time and energy into strategizing for entrepreneurial empowerment like Iguodala. 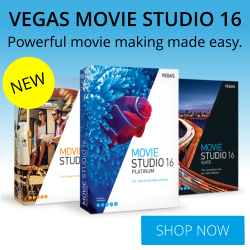 Within his mere four years as a Golden State Warrior, Iguodala has earned the title as one of the most resourceful and business-oriented athletes in the sports industry. He was one of the few early investors in Facebook, Tesla, and even Netflix while building a strong network of elite VCs, leading execs and Silicon Valley entrepreneurs. He was a featured panelist at the TechCrunch Disrupt Competition and a featured guest at a LinkedIn Speakers event. Moreover, his extensive range of investments has created an impressive portfolio of athletic and consumer products. Iguodala aims to be an immaculate player in Silicon Valley investing while setting an example for African-American athletes and members of the African-American community.

With popular names such as Jay-Z and Andre Iguodala branching their efforts into the startup world, minority entrepreneurs could expect greater access to resources and funding. Their business endeavors will hopefully inspire and empower African-Americans to envision a more productive future by walking the path of entrepreneurship.